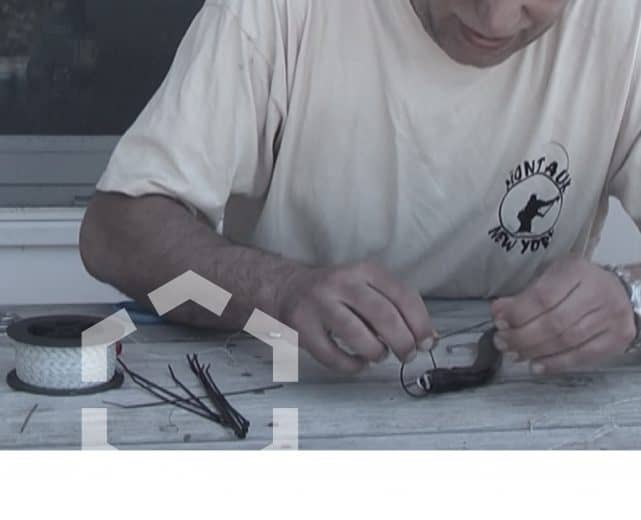 In the ‘50s, airplane manufacturers were beginning to have a problem. Aircraft were getting longer and bigger. They were increasing their carrying capacity and, with it, the electric wiring needed to adequately power the numerous devices and services aboard.

The going system to organize the thousands of feet of wire involved laying it down on 50’ plywood boards and holding it in place with braided nylon cord. Engineers hand to hand-tie each of these by wrapping them tightly around their fingers. Doing that a couple hundred times per plane would often cut their skin until they developed thick callouses, or ‘hamburger hands.’

When Maurus C. Logan, an R & D man for Thomas & Betts electrical company, toured a Boeing factory in 1956, he realized this needed to change. So he got to work. After experimenting with numerous types of ties, he emerged two years later with a simple device that would change the course DIY history: the zip tie.

Otherwise known as the Ty-Rap, the cable tie, the hose tie, the steggel, the zap strap, it has been reliably holding things together in a semi-permanent manner across sectors, industries, and the world. In 2018, the device turns 60 years old.

Any committed angler who has appreciated the full power of mother nature first hand will likely have a few of these kicking around in the bottom of the tackle box. As far as we can tell, there are infinite uses of zip ties in the great sport of fishing. They range from the mundane (read: managing your fish finder cables) to the highly effective to the downright inspirational. We’ve put together a few of our favorites below.

There’s no knowing just how many anchors fishers lose every year, but when human civilization covers every inch of this planet and we’ve completely depleted its resources, you better believe we’re renting scuba gear and heading to the bottom of popular fishing spots with some large magnets.

As the Kayak Gear Guru demonstrates, most folks attach their rope to the large loop at the end of the anchor. But, if you choose the other end while affixing the rope to the main loop with—you guessed it—a zip tie, you’re going to hold on to that anchor for many seasons to come.

Fishing with eels isn’t for everyone. They’re slimy, un-altruistic creatures that inevitably remind you of politicians. But rigging an eel also takes a lot of time. We’re not going to go into the whole process, but as Surfcasters Journal shows, using floss and zip ties to hold the hook in place will help keep it from sliding too far out of the eel’s body or too far in.

Zip ties are incredibly useful for fishing with a baited line in general. The semi-rigid plastic can be used to hold your hook in the correct position.

As your bait travels through the water any jostling can flip your hook into your bait, rendering it as ineffective as judo in a backyard throw down. But if you zap your strap through a hole in which you would normally run your hook and concurrently run your hook through you strap, you can hold your hook firmly to your bait without any danger of it rearranging itself. Muddyrivercatfishing gives some insight into this trick.

This process can be replicated with most types of baited lines.

We don’t know if Maurus C. Logan was a fisherman, or whether he had any inkling back in 1958 that he was about to change the way that jerry-riggers do business.

Sure, zip ties in their modern form need an environmental upgrade just like plastic fishing line, but we’re sure glad Maurus came on the scene at that Boeing factory.