A Few Ideas for a DIY Trolling Motor 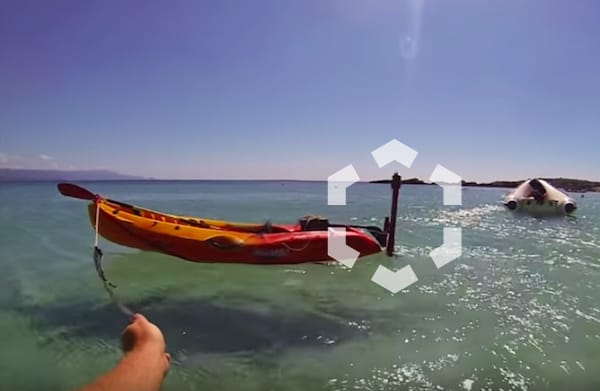 Plenty of anglers operate with a mentality of ‘if it’s not broken, don’t fix it.’ This mindset puts you on a path toward practical living and fiscal responsibility.

On the other end of the spectrum are the gear heads and the splurgers, folks who love to have the latest, greatest tech out on the water. Life is all about balance.

Somewhere in between these two poles are folks who like to tinker, who like to make things with their own hands, and who don’t like their standing with the IRS to get in the way of a good day of fishing. These are the folks who might be found making their own DIY trolling motor.

“Why would anyone want to make their own DIY trolling motor?” you might ask. Well, there are plenty of reasons, many of which are the same for all DIY fishing projects.

It’s often a far sight cheaper than the top trolling motors from the likes of Minn Kota or MotorGuide. You can also tailor your creation to suit your needs, your fishing vessel, or your style of fishing. Certain folks might find they can source most of the parts from unused material lying around. And at the end of the day, you’ll probably have some fun in the process.

The first thing you’ll need for a DIY trolling motor is something that can spin an axle. Three household power tools are far and away the most popular choices: power drills, handheld grinders, and weed wackers.

The weedwacker is easily the lowest-hanging fruit. The item already has a gas-powered engine equipped with a long axle that could easily rest safely above water while spinning a propeller below. Many even have an arm with the gas-control that can be used to steer. All you need to do is attach a gear direction conversion at the base with a propeller, securely mount it, and let ‘er rip. YouTuber vwdriver8542 took a few extra steps with his set up.

Battery-powered hand tools like drills and grinders are decidedly quieter than weed wackers, but they also require more work to set up. For some folks, all that means is firmly attaching an axle to an angled propeller (hopefully housed inside a larger tube) and pulling the trigger. In fact, Drill Paddle manufactures a product that can fit your standard power drill off the shelf. You can’t get more plug and play than that.

It’ll definitely work in a pinch, but let’s face it, you can do better starting from scratch.

YouTuber Rulof Maker did a fine job using a hand grinder, a stainless steel bar, a larger steel tube, and a 12 volt car battery. It looks pretty sleek too.

Once you have the basics down, there are many directions you can take to increase ease of use and efficiency.

Calm Day Boating hooked up an old bike gear shifter and cable to his power drill, allowing him to create a motor arm with a speed control.

Mike Jacobs 3D printed a couple parts in his rig.

VentureTube cut out sections of a kitchen cutting board and used some other hardware to modify his motor to fit into his Hobie Pro Angler.

The sky’s the limit.