DIY Not? The Cheaper Side of Kayak Modifications 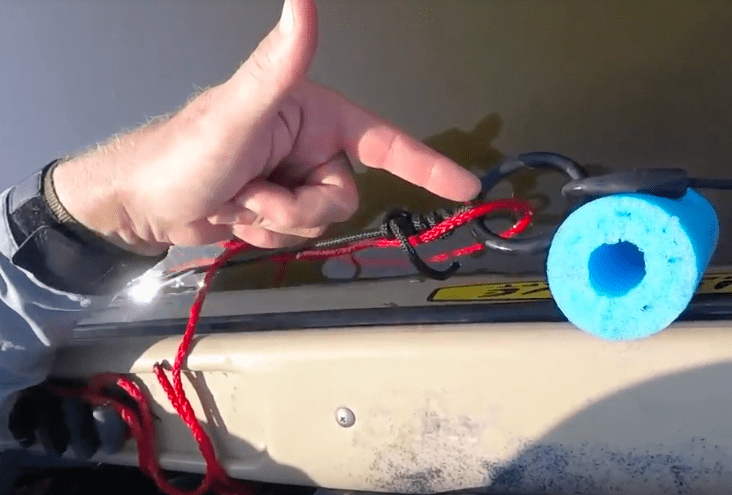 We’re not really sure what it is about the sport, or the personalities attracted to it, but it seems that you can more or less paint certain types of fishers with broad strokes. Noodlers don’t mind getting their hands dirty. The hardcore trollers will invest some effort if it means a hefty return. And the one thing that kayak anglers love more than fishing is modifying their boats.

It’s just a part of the discipline. Fishing kayaks are literally manufactured to be modified. Be it mounts, rails, tracks, interchangeable parts, or some good old fashion fun with a power drill—the vessels are designed to hold your fish finders, your trolling motors, your GPS devices, your rod holders, your cup holders, your outriggers, etc.

You can tell a lot about an angler by the mod work he or she does on a kayak. Some go for pure function. Others prioritize comfort. Others still go for style, a gag, or something totally unnecessary just because.

In general, these modifications fall into two categories. Some anglers pull out all the scuppers and stops. They’ll buy yards and yards of pvc piping, saw it up, and transform their vessel into modern art. Others will head to the dollar store.

No, duct tape and zip ties won’t last as long as the steel pieces from the hardware store, but there’s a certain pride to be found in modifying your kayak with stuff you have lying around. The practice promotes wise economic decisions and might just reduce your impact on the planet. Hopefully it’s not a big waste of time.

YouTuber FishYaker, known IRL as John ‘Toast’ Oats, is full of tips that mostly fall in the former category. The man has uploaded hundreds, possibly thousands of videos that range from letting his subscribers know when Walmart is having a sale on tackle to any number of DIY how-tos. Some of Toast’s clips are perhaps a bit questionable in merit, like protecting your keel with Gorilla tape or ‘Ziploc Storage Bags; the Poor Man’s Dry Bag’.

Others, like how to make a rod holder with PVC piping and flare the ends with a heat gun, are downright fresh twists on old classics. Others still are true DIYmonds in the rough. These include “35 Kayak Fishing Dollar Store Finds,” using a soda crate for some additional bow storage, and making your own watertight camera housing.

If Toast isn’t your speed, another prolific modifier to check out is Steve Moore, the field editor at Southern Kayak Fishing Magazine. He YouTubes under Kayak Hacks Fishing, but he is no hack. He seems more like Mitch McConnell’s way cooler younger brother. Not that Mitch McConnell isn’t cool. He’s cool.

Steve is also no stranger to the dollar store. Notable hacks include:

For an honorable mention, Palm Beach Pete is 100% obsessed with pool noodles. He doesn’t do too much modification work, but he certainly makes for a notable case study in the field of psychology.

Not that we’re any better!