Why Are Anglers So Entrepreneurial? 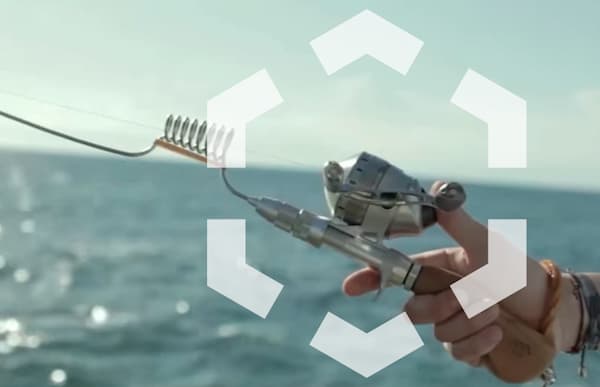 The entrepreneurial spirit is strong in the sport of fishing. It turns out that the people who like to head out on their own or with just a few others into isolated lakes, rivers, or stretches of ocean also like to be their own bosses and make their own way in the world.

And for some, living the dream means combining the two ventures – fishing and business – into one.

Every year, the U.S. patent office gets inundated with new fishing inventions and endeavoring anglers start their own fishing YouTube channels, blogs, or Instagram accounts. And nowhere online does the self-starter fishing mojo flow faster than on crowdfunding websites.

Indiegogo, GoFundMe, and Kickstarter are full of fishing-related ventures, gadgets, and future companies. Many of these campaign involve monetizing what anglers have been doing for centuries: building high quality rods and lures by hand, or sourcing other material like bait or hand tied trot lines.

Other campaigns are the product of the indomitable human imagination.

Some of our favorites include the Rod Reaper for ice fishing, or the Kombo Fishing Tool which, at first glance, looks like it might play a role in some college hazing ritual (it doesn’t).

Many others are more portable and compact fishing gear, like the CAST PACK (“Imagine being able to travel anywhere in the world with this:

Or the X’TREMEFISHROD (“This is the culmination of an idea came during a trekking in rainforest in Thailand where we have walked along a river without being able to fish in case of necessity or just enjoy fishing moments with friends. Once back home, we decided to design a fishing rod who can be easily carried in a pocket…”)

So: why do anglers hear the call of capital more loudly than other communities?

We don’t have any concrete answers, but a clue might reside in the psychology of fishing itself. According to Paul Quinnett, author of Pavlov’s Trout: The Incompleat Psychology of Everyday Fishing, casting your line is an inherently hopeful activity. According to Quinnett:

Some young anglers might disagree, but no old fisherman would. Fishing is hope experienced.

Like fishing, starting your own company also requires a healthy dose of hope. Countless obstacles will come in your way, and even after you clear them, you’ll be left waiting on the banks of your intended market.

With hours, days, or months passing without a nibble, others might give up. But anglers know that sometimes, the lunkers don’t come out to bite until you’re just about ready to head in for the night.

It’s all about holding out hope for just long enough for success to strike.