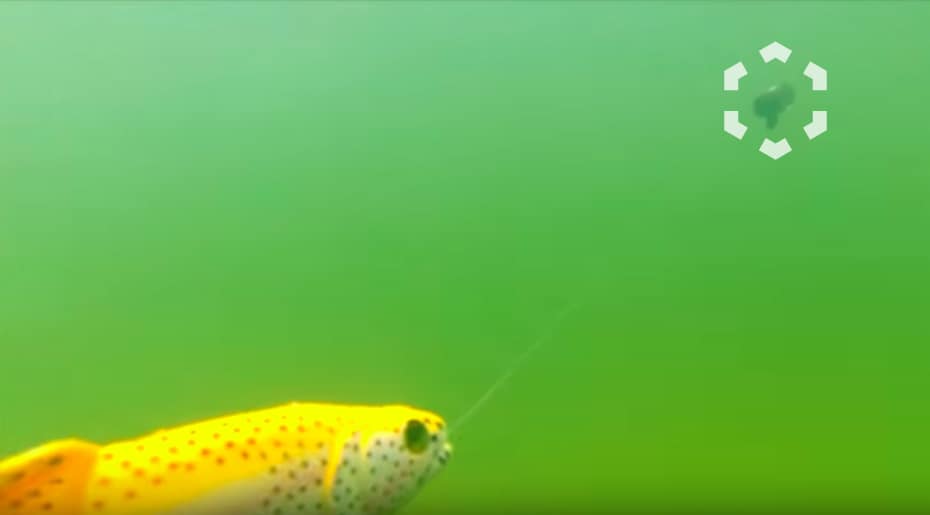 In a recent video, the angler behind Fisherman’s Life set out to catch some lingcod on an unidentified stretch of shore somewhere in the Pacific Northwest. He brought along some new camera equipment to capture this trip: an Okuma Water Wolf Under Water HD Camera.

On the first cast, the YouTuber in question got amazing footage of a seal curiously following his bait. On the second, he got his line snagged twice. He lost his bait reeling in, but the Okuma survived.

For subsequent casts, the angler gets amazing footage of landing some prime ling and rockfish. Not only is it cool to watch, but it gives you an expanded understanding of how certain fish behave.

But we have to wonder—how secure are those cameras? Is it worth potentially losing your $100+ investment in camera equipment to get the shot? And how does it affect the actual fishing?

Underwater line-attached cameras are a few years old at this point. Okuma debuted their Water Wolf model at iCAST 2014. Since then, numerous other competitors have joined the market.

To begin, it’s fairly rare that anglers lose these cameras. Issues might come along with improperly attaching it to the line, but once secure, most appear to hold on pretty tight. The vast majority of the time that you lose your lure, the line will snap near your tie. Attaching the camera just a few inches higher should keep your equipment safe. That said, sometimes sharp objects that catch a line will snap them higher. It’s definitely not outside the realm of possibility.

In terms of the act of fishing, however, throwing a camera on your line changes the equation to a certain degree. The biggest immediate challenge is adjusting to a much heavier weight. This will sink your bait faster of course, but it will also make it more difficult to feel hits. Even an experienced angler will find it’s more difficult to set the hook.

Next, it’s difficult to judge, but it seems like the added camera must spook interested fish to a greater degree. There’s no science to back up this claim, but any supposed fish following closely behind the aquatic version of a UFO is going to be at least slightly suspect.

Some companies have tried to get around this by constructing lures with cameras inside them. Eco-Net, for example, manufactures the Eco-Popper. This popper essentially has a camera built inside, which can stream live to a mobile app. Based on the space needed to house the camera, the lure is only suitable for going after some big fish.

If you’re interested in getting some of the amazing action underwater on camera, it’s definitely worth it to shop around. The Water Wolf is one of the more-marketed products out today but it isn’t necessarily the best. Many, actually, report poor design, with either water damage or issues with the electronics after just a few uses.

Other products, like a model from Olymbros, is much cheaper. There are also numerous models on the higher end which come with displays and more.

In all, they’re an interesting innovation.