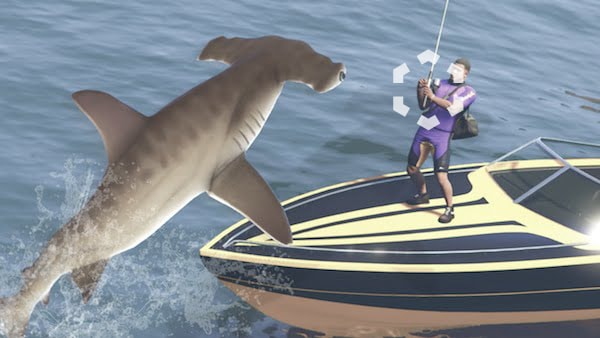 When winter rolls in here in North America, it often spells the end of the fishing season. Sure, the fish don’t stop biting, and there’s plenty of opportunity to still get out in southern climes much as you would during the summer.

But sitting out in the cold rain and snow for hours doesn’t elicit the same relaxed vibes as the summer sun. You also need to sit out longer. Fish are cold blooded and far less energetic in cold water.

Sure, there’s always ice fishing, but that requires a thick layer of ice and Colonial Puritan-level resolve to stick it out in the cold, both of which seem to be currently in short supply. Plus, you need to pick up the right portable fish finder you can adapt to the job.

To scratch the fishing itch, another pastime might draw your attention: fishing video games.

Fishing video games have been around since way back in 1980 when Fishing Derby by ActiVision came out for the Atari 2600.

Ever since, dozens of titles have followed right up to today with the upcoming Fishing Sim World. The latter promises “beautiful American lakes, fast boats, dynamic weather, trophy bass, monster pike, thousands of tackle combinations, multiplayer and tournaments, and the best equipment.” What more could you want?

Many fishing games also earn some favorable reviews. Discussing the free to play 2015 Fishing Planet, YouTuber CaptainChaos praises the different tackle and gear you can use. You can visit lakes around North America. The fish AIs all act differently. The bass fight like bass. The snozzberries taste like snozzberries.

Not only are we surprised that studios take in the returns needed to fund these games in the first place, we’re also disappointed.

We currently stand in a golden age of both fishing and gaming. Countless titles offer us the ability to escape our mundane everyday lives into fantastic environments that, before, lived only in our imaginations. Our society and sophistication of fishing gear allows us to pursue fish around the world with greater sophistication and precision than ever before.

We don’t mean to hate on any dedicated fishing gamers out there, and for folks with mobility issues, they might well provide a real outlet to access the sport. But fishing video games could also be so much more beyond the simulators they are today.

To highlight the gap, we want to talk about our favorite fishing game: Grand Theft Auto 5. Sure, GTA is more about stealing cars and running from the cops, but it also lets you steal a boat, head out into open waters, and see what’s biting.

This game allows for all kinds of scenarios. You might hook a hammerhead shark. Your boat might sink. You might find yourself underwater, surrounded by sharks, needing to fight your way out with a knife.

In other words, GTA allows us to fish in insane scenarios that we couldn’t – or wouldn’t want to – replicate IRL. And that’s the opportunity that hasn’t been addressed.

Where’s the game that sends us angling for river monsters? Or hunting for the kraken amid a steampunk setting? Where’s the game that asks us to successfully manage the biodiversity of an aquatic ecosystem? Or track Astro, the space-whale from the little-known, space-age Pinocchio in Outer Space?

There’s so much potential for fishing video games if we just dream a bit bigger bigger.