Fishing with Sonic Devices: The Dos and, Mostly, the Don’ts 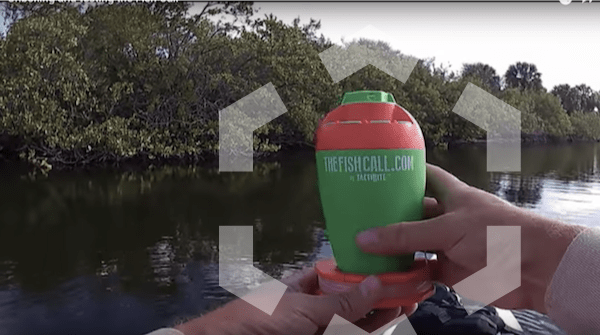 Just about all of us have heard the call of the wild at some point, but with fishing, it’s a question of whether the wild can hear your call. Some take that more literally than others.

To put it plain and simple, fish listen. It’s one of the ways they navigate, mate, and find food.

Using organs such as cilia, ossicles, otoliths, accelerometers, mechanoreceptors and even bladders, fish sense acoustic energy traveling through water. It obviously varies depending on the species.

Anglers have long sought to capitalize on this characteristic by creating noise underwater in an attempt to draw fish towards their line. Take, for instance, Greg Bambenek. This guy has been tricking fish onto his dinner plate for decades. Back in the ‘80s, he developed the Dr. Juice product line, or the scented spray you can use to stink up your lures. The sonic product, TalkWithFish, is pretty much a mobile app coupled with some underwater speakers. The app plays sounds such as bass and bluegills feeding and—reportedly—herring farts.

As harebrained as this scheme sounds, anglers tend to report positive results. As one reviewer writes, “This app may cost money to buy more sounds but it is totally worth it. The first day I used it my family caught three legal bass and a master angler qualifying bluegill. If you don’t have the special underwater speaker you can just use a waterproof speaker like I did.”

Then there’s Jack Danos, a fishing wiz kid who programmed his sonic device when he was 15. With the help of his dad, Jeff, he launched a successful kickstarter campaign, took it to market, and even sold it on ABC’s Shark Tank.

Despite a drastically different marketing strategy compared to TalkWithFish, response to the Fish Call has been more mixed. YouTuber Fish with Joe seemed to have success with the device. But as Daniel Msadoques writes in reply, “People save your $100 it was a complete waste of money. Don’t know [what] I was even thinking. It doesn’t work worth a s***. And after the 5th or 6th failed attempt it was lodged with water and could barely even hear the dam thing anymore. Don’t make the same mistake I did.”

Was Daniel using the device correctly? Maybe not. But a solid community of reviewers support his conclusion. See the FishCall on Amazon.

Both these solutions are, you might say, ‘high’ tech. But there’s another sonic technology that’s tried and true tested to land a fish: lures. Specifically, lures that ring, rattle, jangle, and click. Especially with certain fish—such as bass—or certain conditions—such as muddy water—jingling lures will no doubt make the difference. As the folks at Live Outdoors write, “Similar to fishing heavy cover, noise will be a big factor when water clarity is low, rather than lure action or color. Docks and undercut banks are other structure areas where loud baits can make all the difference. Fish tend to be found far under these structures, meaning bass need to hear your bait before finding it.”

At the end of the day, it feels fine to skim a fly low over a river to imitate an insect. Anglers don’t give a second thought to selecting the lure they believe will trick a fish most effectively. But when it comes to using underwater sonic devices, most folks stick to fish finders. It’s hard to pin down, but using a shark tank-approved device to land fish feels a little lick throwing up a salt lick in your back yard and shooting deer through your kitchen window. It’s just not the same.