Bored on the Water? It’s Time to Get Your Bowfishing On 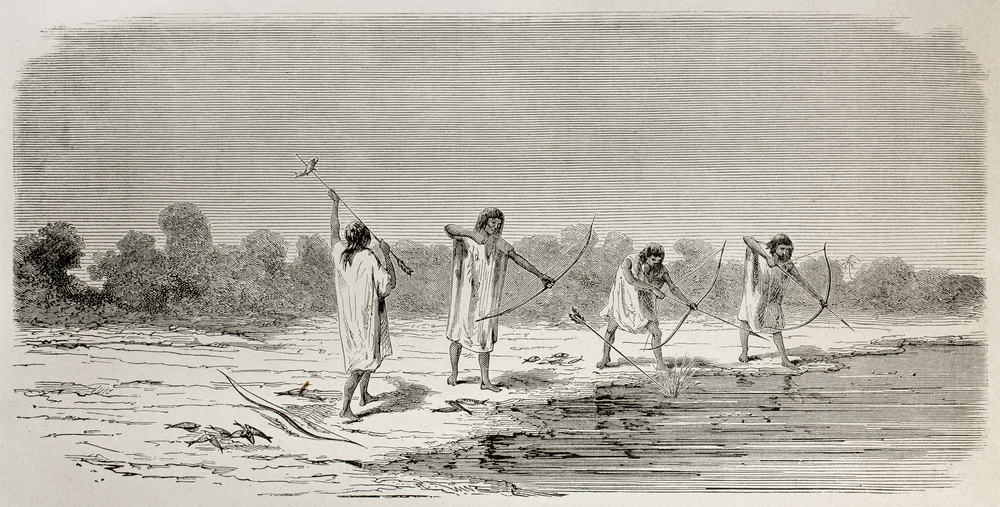 Fishing is classic. Humans have been doing it for millennia. Sure you might customize, reorganize, or self-aggrandize, but at the end of the day, you’re getting a fish to bite a hook and then you’re reeling it in. If it’s not broken, don’t fix it, right?

Well, the population of bowfishers might have something to say about that. Bowfishing is undoubtedly the heavy metal genre of the sport. Is it easy to catch a fish by hitting it with an arrow? No. Is it necessary? Definitely not. Is it downright epic? 100% yes.

Bowfishing has been going on practically since humans started stringing up bows for hunting. Communities around the world recreate and even subsist via bowfishing. These days, all it takes to gear up is a trip to your local fishing store, or even some creative engineering in your own garage. If you’ve got a bow, you’ll want to attach a reel. Brands like AMS Bowfishing, RPM, Fin Finder, Muzzy, and Cajun Archery all make reels intended to attach to a bow.

Next comes the arrow. You’re going to maybe want a quiver full of projectiles intended for fishing. These typically have more aggressive barbs along with an eyelet at the other end that can easily be tied to a line. And speaking of line, you might want to consider something more heavy duty and/or probably braided instead of your budget brand. The line will need to endure a good amount of stress.

Once you’re geared up, it’s just a question of finding a spot where the water’s clear enough to spot fish and an area where they congregate. Plenty of people hunt from shore or wade.

Others approach via boat. There are few limits on where you can successfully bowfish, so long as you can scare your prey up toward the surface. Some even snipe jumping fish. A man who appears to be Dog the Bounty Hunter’s younger brother managed to hit a (barely legal) cobia in the Gulf of Mexico.

At first glance it would appear that the number one badass bowfisher is an adolescent girl who made a bow out of a plastic pipe and, besides catching fish, nabs a young crocodile with her bare hands.

But a closer look at 5:50 indicates that the video is fake. The real badass would probably be the Cambodian woman who makes a bow out of bamboo and, wading through a river barefoot, catches some dinner.

It really doesn’t take much to bowfish. Being a successful bowfisher, however, requires a keen eye and two steady hands. You’re also going to have the carrying capacity to haul out your marine game, so something like a high-capacity pedal kayak is a good idea. Catch and release isn’t exactly an option here.