2018 State of the Tech: The Electric Outboard Motor 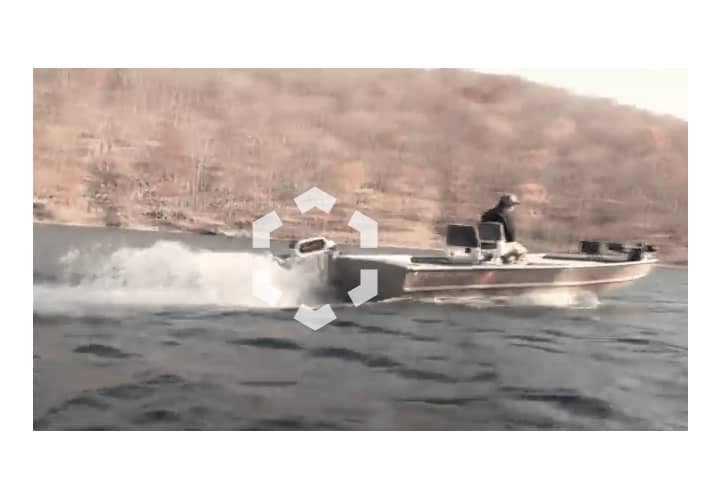 One of the best parts about getting out on the water early in the morning or late in the evening is the quiet. Nearby human neighbors are likely either asleep or otherwise occupied, and you’ve got nothing but the local fauna to fill the surrounding soundscape.

But if you’re relying on a gas-powered motor to get around, then you won’t be able to pick up on much besides the slap of a beaver’s tail, if that.

Among gas-powered outboard motors, there’s no real way of getting around this. Your smaller four-stroke 10-horsepower will be high-pitched and whiny. Larger motors might sound less irritating from far off, but they still crank out more noise in total. But it doesn’t have to be this way.

Electric outboard motors today are prized for their near-silence, efficiency, low maintenance costs, and durability. It used to be that gas-powered outboards seriously outperformed them in terms of horse power, but that has begun to change lately as battery technology has continued to improve.

Then there's the delicate subject of environmental impact. Let's just say outboards are by far worse offenders in terms of oil and fuel spillage and emissions, not to mention inefficiency. Gas trolling motors are not green.

Before we go further, this article will focus on electric outboard motors intended as primary transportation. Electric trolling motors are great too, but even the best trolling motor won’t move you from point A to B in any kind of realistic fashion. The motors discussed in this article are a minimum of 3 HP in size.

While they’re changing the way people fish, the electric outboard motor has actually been around since the ‘70s. Morton Ray got the idea after seeing gas motorboats converted into electric.

“The idea was OK, but they were noisy and not very dependable,” Ray writes on his company’s site.

With the help of his wife, Dot, Ray made the prototype in his basement and successfully brought it to market in 1974 with his new company, Ray Electric Outboards. It seems too crazy to be true, but he claims that 99% of the motors his company has produced are still in service.

Since, many other manufacturers have joined the market, including Torqeedo, KARVIN, Pure Watercraft, Elco, ePropulsion, and AquaWatt.

State of the Tech

When it comes to an electric outboard motor, the biggest determining factor of quality will be the battery. The battery will determine how fast you can go, how long you can drive, the load you can push, the weight of the device, and many other factors.

These motors’ batteries will be mentioned variously along with the products themselves as we go over different qualities to look for in a motor and which devices exceed in each.

When checking out electric outboards, some will measure different versions by thrust or a top speed in knots. Others (along with most gas powered motors) measure horse power (HP). Others still use the voltage of the battery or the propulsion power. Each of these boils down to how powerful the motor is, and how fast you can go.

In many fishing circumstances, you won’t be spending hours motoring to your destination and/or won’t be hauling a heavy load. You won’t, therefore, need a big, powerful motor.

But let’s say you did. The biggest electric outboard currently available on the market (so it seems) would be the Torqeedo Deep Blue, which can go all the way up to 80 HP. It sports a 355 V battery. A few years ago, a company called ReGen Nautic appeared to have developed a 300 HP motor, but it doesn’t seem that they found a reliable customer base willing to pay $25k for an outboard motor.

More realistic for the average boating angler, at least from Torqueedo, is something in the 5-HP Cruise line.

Battery life will vary based on how fast you’re going and what you’re hauling, but electric outboard motors tend to last about 40 minutes under full throttle. Cut down to about half throttle, however, it’s not unrealistic to expect over 5 hours of life.

The ePropulsion Spirit 1.0 stands out in this field. It has a 3 HP battery with an output of 1 kWh, and it can handle full speed for roughly one hour.

Electric batteries are great, totally efficient, and produce zero emissions. But they’re heavy. One of the drawbacks with some of the bigger engines is that they’re no picnic to install. Sure, you might not take your motor on or off except to store it in the winter, but it’s still a factor.

Measuring weight is fairly difficult, because every manufacturer produces a different range of engine sizes. If saving on weight is your #1 priority, then you should check out trolling motors. At just over 30 lb and a 3 HP motor, the Torqeedo Travel 1003 certainly has one of the better weight-to-power ratios.

Outside of general functionality, there are a few features that some electric outboards have that enhance the boating experience. Many, if not all, for example, allow for a removable battery or even the addition of an extra one. Better yet, some are compatible with solar energy. Torqeedo motors can accept a charge from a solar panel. AquaWatt even manufactures an entire line of solar-powered boats.

With all this good, there’s bound to be some bad. Electric outboards are more expensive than gas-powered analogs in terms of up-front cost. With motors, the price tag typically correlates to horse power. To give you an idea, you can get a 20 HP motor for about $2k or less. A new Torqeedo 20 HP-equivalent electric boat motor, however, runs you $8,499.

These motors do tend to be, however, a pretty good investment. Ray Morton isn’t the only one who claims that the vast majority of electric motors produced are still in service. They also don’t require annual servicing, and you’d be hard pressed to find a region where electricity out of the wall costs more than a tank of gas.

Concerns that the electric outboard motor can no longer replicate combustion units are no longer valid. An 80 HP electric motor will certainly cost you a great deal more than a non-electric, but it still can haul the same loads.

These devices have a major benefit in the sport of fishing in that they make very little sound and don’t as easily disturb fish. They also happen to be more durable and, if you live in an area where the grid is powered by renewable energy, their use results in zero emissions.

Mirroring developments in motorized land transport, the electric outboard motor is here to stay. When it will get in range of everyone's pocketbook is a different question.