Getting the Lead Out: Moving on from the Problematic Material 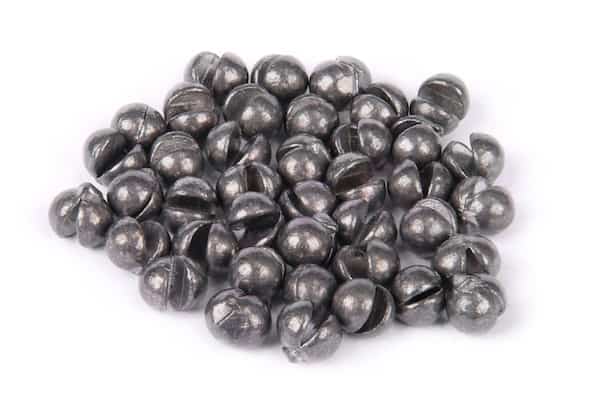 Since the dawn of time – or at least the beginning of recreational fishing – anglers have needed a way to add weight to their lines and lures. Lead quickly became the go-to choice for manufacturers, who molded the soft, gray metal into jig heads and spinnerbaits, as well as sinkers of all shapes and sizes.

But a few decades ago, scientists started realizing that lead represented a serious risk to the health of people, wildlife and ecosystems. This spurred anglers and wildlife conservationists to seek out safer alternatives and to stop using lead whenever possible. Some places – including Canada, the United Kingdom and several US States – have enacted bans on lead fishing tackle.

The Problems with Lead Tackle

The primary problem with lead is its toxicity. Lead harms almost all bodily systems, and it can cause death in very low quantities. It is most dangerous when swallowed or inhaled, and exposure can also occur via the ingestion of lead-tainted water.

However, while lead is toxic to most creatures, most of the harm it causes befalls waterfowl. This occurs because ducks, geese and similar birds routinely ingest small rocks, which help grind up the seeds and other foods they consume. The problem occurs when these birds mistake lead sinkers (particularly split shot) for rocks and swallow them by mistake.

This can lead to catastrophic illness and eventual death in afflicted birds, and several populations have experienced drastic declines over time.

Fortunately for anglers, there are a number of alternative materials that can be used to provide bulk and weight to lures and lines. Few work and behave exactly like lead, but many actually out-perform it and present a number of very helpful benefits.

Some of the most common materials used instead of lead include:

Of course, manufacturers are always experimenting with other lead-free materials in search of the perfect solution. Some manufacturers use glass or ceramic, some use densified plastic, and others use proprietary materials. At least one company experimented with granite, and you can even purchase sinkers made from sand that are designed to pop off your line and dissolve!

The point is, there are myriad options available to eco-friendly anglers and many offer helpful advantages over lead. No single material is inherently better than the others, so be sure to buy a few different types and experiment to find the one that suits you best. Most lead-free alternatives are more expensive, but this is a small price to pay for healthy habitats.

These aren’t like bullets for shooting, where the material’s properties are required for performance. None of us would be surprised to see lead sinkers taxed into oblivion or outright banned in our lifetime.