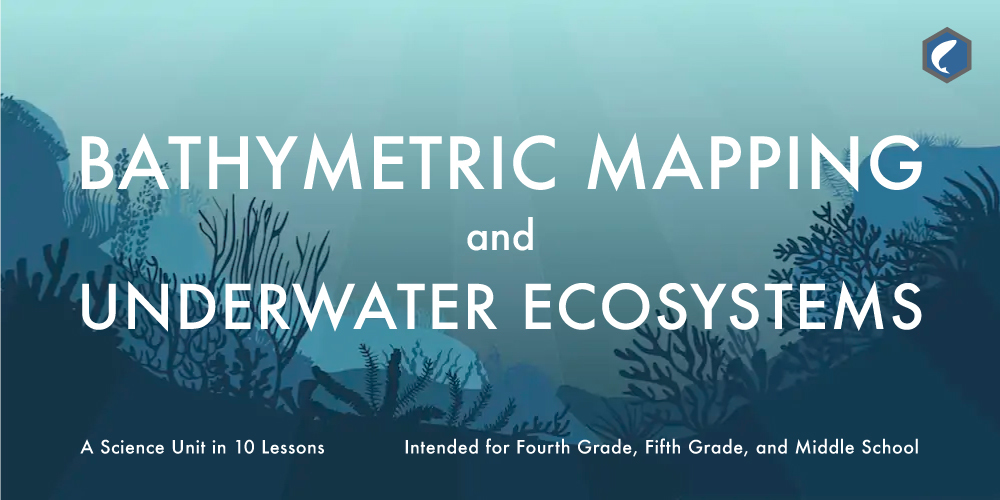 Prior to heading to the field trip ensure that students know how to use the castable sonar unit app, what the icons mean, and how to read them.

If desired and if the unit allows multiple connected phones/tablets, have students download castable sonar unit apps to their own personal phones and test connections to the sonar unit.

Bring the castable sonar to your local underwater ecosystem with the class. Discuss safety and use.

Use the device in several areas of the water. Have different groups of students map the data they receive from the sonar/GPS. In addition to the mapping, have student groups take note of the area outside the water nearby their mapped location.

Filling out the map template, position the living and nonliving elements

things in the area that are part of the atmosphere, biosphere, hydrosphere, and geosphere.

Once back in the class, have students debrief about their maps and the parts of the spheres they saw near back.  Have them make inferences about the amount of wildlife in the area. How did the castable sonar/GPS unit help us to make connections to the four spheres and how they are connected?

What information about the four spheres can we gather from the castable sonar/GPS unit?  How did this help us in our explanation of understanding the environment around the underwater ecosystem.

Use the students’ field trip maps as an assessment tool.